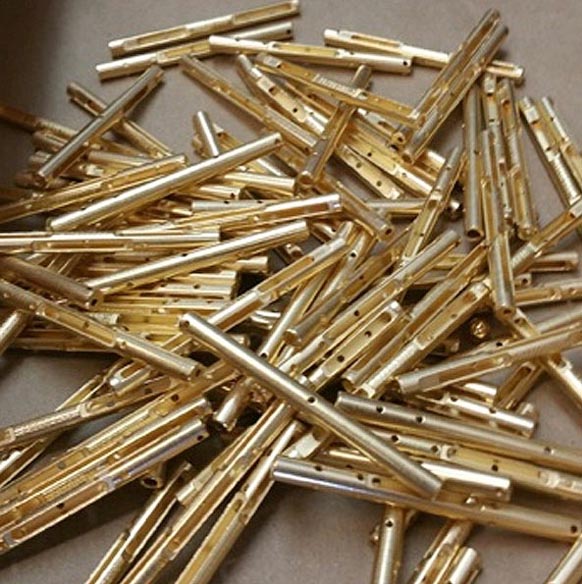 Electroplating, which is most often referred to as plating, is used to change the exterior properties of a metal part by adding a metal coating. The action of change is by an electric current, which is called electro deposition.

Essentially, plating is bonding a thin layer of desired metal to another. It is accomplished by passing a positive charged elecitrical current through a solution containing dissolved metal ions (e.g. tin, cadmium, silver, etc. anodes) and a negative charged electrical current through the parts or parts (cathode) being plated. This process is both inexpensive and can be used in all aspects to aid in the overall resistance on various metal parts.

CADMIUM PLATING
Cadmium electroplating is a strong and very adaptable metallic coating that is most typically used in aircraft manufacturing and is the...More

COPPER PLATING
Copper electroplating is the process of which a coating of copper is deposited on the object that is being plated by method of electric...More

NICKEL PLATING
Nickel electroplating, nickel electro-deposition, is the process of transferring nickel to the surface of another metal by method of...More

SILVER PLATING
Silver plating is a process by which a thin layer of silver is added to a specific piece. This electroplating process typically tends...More

TIN PLATING
Tin is an extremely popular application choice in electroplating. Because Tin is so easily obtainable it tends to be much less...More

ZINC RACK/BARREL PLATING
The name is pretty self explanatory that the zinc finish process will either use a barrel or rack (jig) system. Generally...More

Click the button to get a free no obligation quote.

GET A FREE QUOTE